The last few days has been really cool. I’ve traveled from Huarez to Trujillo and then to Huanchaco.

In Trujillo I did a very cool day tour about different ancient societies and their ruïnes. One well known society is the Incas ofcourse. But before that were two other very clever societies: moche and chimu.

For example, the pyramid shaped doors is iconic to Inca society but they actually had it already during the Chimu empire.

The Moche society built a lot of temples, which I visited one of (the Moon Temple). The Sun Temple is still being researched because this was discovered not that long ago. Everything you see in pictures below is original decoration of the temples. They used different plants and minerals to get color on the walls. 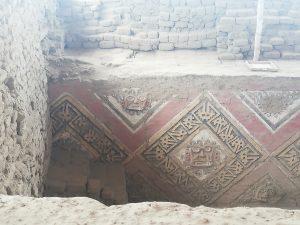 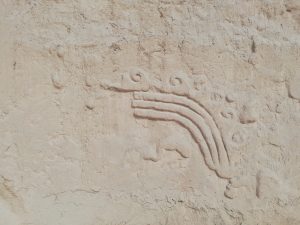 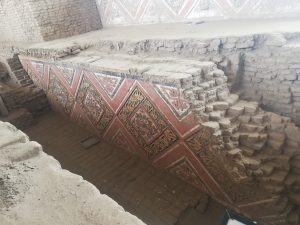 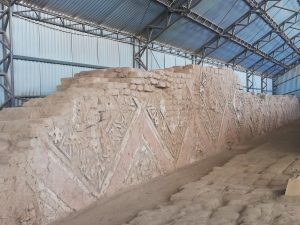 Everything the Moches and Chimus built is made of mudstone. Which means it’s very easily destroyed by the wind and rain. Luckily it’s in the middle of a desert so rain isn’t a threat.

The Chimu empire built the city of Chan Chan. We visited one of the many palaces (the only one open for visitors). They also decorated heavily and used it as ventilation as well. 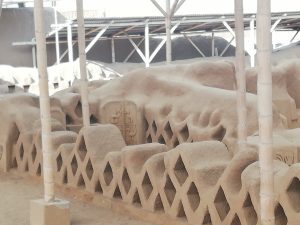 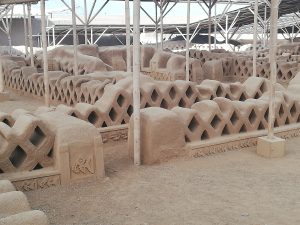 You can see different kinds of pelican visuals on the bottom of the walls. These walls used to be higher ofcourse. 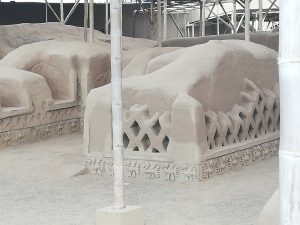 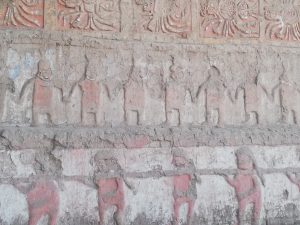 They also had walls painted with different layers. The bottom one are warriors (loser gets sacrificed to the gods). Second layer are the priests. Third layer is one of their gods: a double spider who share intestines. It is suspected that they worshipped spiders because they thought the people how to make fishing nets.

Overall a very interesting tour and totally worth going!

The next two days were spend in Huanchaco. Which is very cute hipster yoga beachtown 30 km from Trujillo. 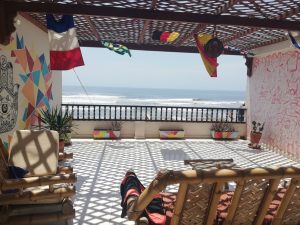 There I got a nice sunburn (ofcourse) and Sabrine and I tried all the curious snacks/streetfood. A lot of fun!

Also a lot of beautiful sunsets. 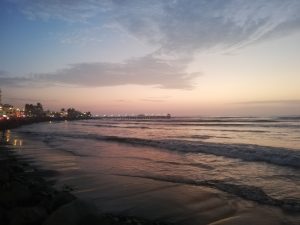 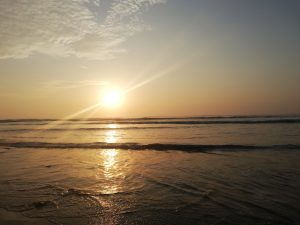